I found some pictures of the destruction in Brazzaville on a Facebook profile, so I thought I would share them because I have no idea of the pictures displayed on international TVs. Just so that you can get an idea of the disaster 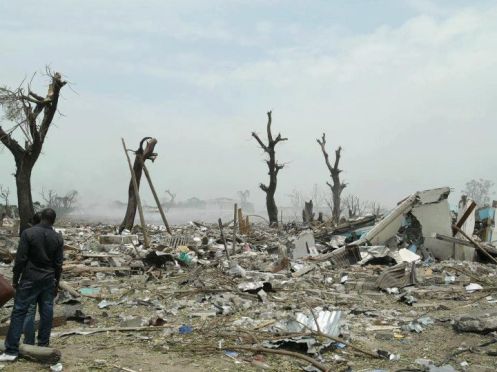 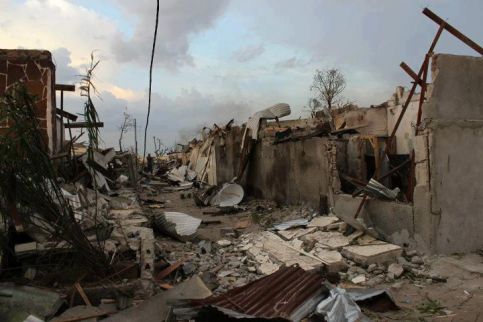 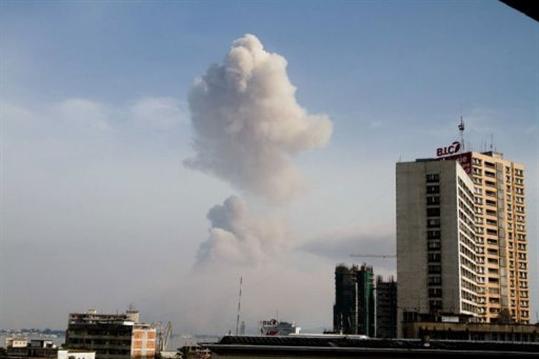 I guess the bad news have already started to spread around the world, but I thought I couldn’t avoid posting about it.

That’s what I heard down the streets one hour ago. Yesterday morning, an arms depot, located in the Mpila district (source : Les Dépêches de Brazzaville), has exploded, killing around 150 people and leaving hundreds injured. Apparently, the whole event was due to a shortcircuit. It is the information relayed by most TVs and newspapers all around the world, and it is likely to be true. I assume there is no reason to be frightened of anything. With the current information we have, it would be non-sense.

“The explosions that you have heard don’t mean there is a war or a coup d’etat,” he said. “Nor does it mean there was a mutiny. It is an incident caused by a fire at the munitions depot.” Charles Zacharie Boawo (Congolese Defense Minister)

I felt many people were shocked this morning. Obviously, many people here in Pointe-Noire had relatives living in Brazzaville. For instance, one of the guard of the residence I am dwelling in lost of his cousins in the incident, who died of a cerebrovascular accident.

As stated before, the event doesn’t seem to be criminal in any way. As you can see on the map below, Pointe-Noire is located far from Brazzaville. In a few words, the former one is the economic capital (where petroleum is) while the latter one is the political capital, where the president dwells. So we’re not in danger here, although I would like to be closer in order to help people over there. Radio Congo states that schools have been transformed into sanitary centers, and that the main fire seat is totally controled.

It seems like many countries are sending medical help to Congo, but I am also aware that the three main petroleum companies in Congo (Total, ENI and Chevron) are currently organizing the shipment by plane of medical equipment along with firefighters and doctors.

I will keep you posted about the evolution of the situation. Hopefully the situation gets back to normal quickly, even if I assume that the general mourning feeling won’t be erased too rapidly.

Some articles you can read :